The Poetry of Tomas Transtromer 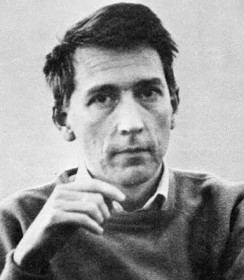 The old cliché “write what you know” is something of a misnomer. The obvious question to me is “How can you write something you don’t know?” Even the most fantastical, absurd stories about aliens or ancient battles of thrones come from some common pool of one’s humanity and taps into the deep, unconscious myths of existence.

That being said, there are writers who seem to take “write what you know” to the extreme in that their writing is very much seeped in the time and place of their existence. One of these writers is the great Swedish poet Tomas Transtromer, the 2011 winner of the Nobel Prize for Literature.

I am currently reading Transtromer’s “The Great Enigma,” translated by Robin Fulton and published by the best of all small presses, New Directions. His poems are unlike most American poetry: there are no meanderings and meditations about city life like the best works of Frank O’Hara; there are no unique exercises in meter and form as in the best works of Wallace Stevens or Robert Pinsky. Instead Transtromer’s language bleeds with the language of stark Scandinavian landscapes and myths.

Take one his poems “Song” :

And gulls careered across watery wastes
with blue acres gliding in the foam.
Athwart, a phosphorescent pathway to the sun.

But Vainamoinen travels in his past
on oceans glittering in ancient light.
He rides. The horse’s hooves are never wet.

The language, like almost of all of Transtromer’s poems, paints nature vividly like a painter sitting near the sea and trying to recreate what is front of him. While others ignore what is in front of them, Transtromer manages to take what he sees every day come alive.

Also, the mention of Vainamoinen in this poem is no accident. (Vainamoinen, for those of you who are curious, is a Finnish God who bears an uncanny resemblance to Gandalf.) For Transtromer, the world of industry, wealth and activity means little. What is important is the experience of seeing what is around you, of treasuring the beauty of his Swedish landscapes, which feel as if they could only be created by a creator of some sort.

Anyway, I don’t want to go on and on about the importance of Transtromer’s work.  I suggest you read it when you have a chance. I’m going to leave you with one his poems called “Tracks,” which was published in 1958.

2 am: moonlight. The train has stopped
out in the middle of the plain. Far away, points of light in a town,
flickering coldly at the horizon.

As when a man has gone into a dream so deep
he’ll never remember having been there
when he comes back to his room.

As when someone has gone into an illness so deep
everything his days were becomes a few flickering points, a swarm,
cold and tiny at the horizon.

The train is standing quite still.
2 am: bright moonlight, few stars.