Smorgasburg, the food market put on by Brooklyn Flea, opens tomorrow, Saturday, April 7, after a winter hiatus. It runs rain or shine from 11am-6pm at the East River Waterfront between North 6th and 7th. They have several new vendors this year, including one Parantha Alley.

Parantha Alley is run by Rajeev Yerneni and Retu Singla, parents of a student at my school. Neither Rajeev nor Retu are restauranteurs by trade, but as food truck aficionados, they had decided to try their hand at the food vendor business and were pleasantly surprised when they were accepted by Smorgasburg after a competitive admissions process.
END_OF_DOCUMENT_TOKEN_TO_BE_REPLACED

I is for Me,
Not a hard-hitting man,
But an outstanding all-time
Incurable fan.

END_OF_DOCUMENT_TOKEN_TO_BE_REPLACED 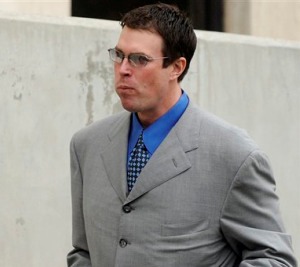 What could be a better measure of a man’s virtue than his quarterbacking ability? A quarterback has to exercise several kinds of intelligence, lead in the face of well-trained and motivated opposition, and appease a widely varied group of people off of the field. By comparing Ryan Leaf and Peyton Manning, we see many of the ways that western philosophers have been right about the characteristics necessary to be good quarterbacks and, by extension, good humans.
END_OF_DOCUMENT_TOKEN_TO_BE_REPLACED